INTERNATIONALLY known Ski Rossendale is looking forward to a bright future as the second phase of major building work is underway thanks to Council match funding.

It was in March 2011 that the Rossendale Borough Council-run municipal slope closed, but just six months later it was reopened by a social enterprise.

The team behind the new company, Ski Rossendale Limited, worked for a year with various bodies including the council to find out as much information as possible to put a robust plan together to secure a future for the slope.

When the lease was offered for tender Director Dave Fuller, who is also Head of Business Development at Ski Rossendale Limited, was delighted that they were successful.

He said: “I came here aged 13 when the slope opened in 1973 and I learnt how to ski. Skiing is a passion for me and I wanted to be a part of Ski Rossendale.

“Before we committed to running the slope, we held open meetings to gauge how people felt about the facility and what support there was for it. We had more than 100 people attend and they wanted it to remain open.

“When I am skiing abroad, it is not surprising that people have heard about Ski Rossendale, however when I was on a sunny holiday Egypt I was surprised that the fellow tourist knew Rossendale for the ski slope.

“What we now need to do is now have a proper link between all of the leisure opportunities in Rossendale.”

When Ski Rossendale Ltd secured £440K from Sport England in 2014, the money required 20 per cent matched funding. RBC offered the company an interest-free loan and allocated Section 106 money from the housing development on the former Rossendale Hospital site.

The first phase of works saw the nursery and intermediate slopes improved and extended, a new travelator was installed along with new up lifts to help skiers get to the top of the slope more easily.

This means it is easier for novice skiers to get used to skiing down a slope and takes away some of the fear of the unknown. Dave said it has already seen more people on the slopes and the feedback has been very positive.

Phase two is now underway with a completion date of December 24. This work will see a new ski hire building constructed along with toilets and changing rooms.

As part of the work a new café is being built with panoramic views and a roof-top terrace looking across to the main slope and with level access to the nursery and intermediate slopes.

Dave said: “We want to build a centre that is fit for purpose for all our users including the serious sports person who expects a certain level of quality.

“Our client catchment is a radius of up to 50 miles and we are the largest public ski facility in the north that is open all year round.

“We are now looking at introducing summer activities so people can come here and spend three to four hours and enjoy being in nice surroundings. As The Whitaker is only over the road, we are also looking to work more closely together. We are lucky to be set in a beautiful area and we have excellent commuter links.” 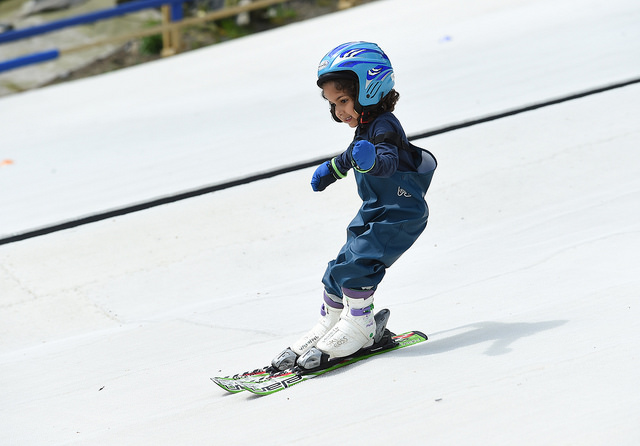 Rossendale Ski and Snowboard Centre
We use cookies on our website to give you the most relevant experience by remembering your preferences and repeat visits. By clicking “Accept”, you consent to the use of ALL the cookies.
Cookie settingsACCEPT
Manage consent

This website uses cookies to improve your experience while you navigate through the website. Out of these, the cookies that are categorized as necessary are stored on your browser as they are essential for the working of basic functionalities of the website. We also use third-party cookies that help us analyze and understand how you use this website. These cookies will be stored in your browser only with your consent. You also have the option to opt-out of these cookies. But opting out of some of these cookies may affect your browsing experience.
Necessary Always Enabled

Any cookies that may not be particularly necessary for the website to function and is used specifically to collect user personal data via analytics, ads, other embedded contents are termed as non-necessary cookies. It is mandatory to procure user consent prior to running these cookies on your website.